Regulators typically do not have the technical expertise to develop such rules and rely on utilities and power system operators as well as international standard-setting bodies (like IEEE) to create such rules. Such international standard-setting bodies have already developed a series of grid requirements that can be directly adopted and adapted by local jurisdictions. Regulators can encourage or require utilities to incorporate these newer rules into their interconnection processes to ensure that adopted DER have the latest capabilities.

Part of regulating interconnection processes is the establishment of grid requirements for both equipment and interconnection. These typically rely on established standards developed by national and international standard-setting organizations and safety certification bodies.

IEEE 1547-2018 is a technical standard that establishes criteria and requirements for interconnection and interoperability of DERs with associated electric power systems interfaces.

Watch Excerpt: 34:10 - 40:54 of Best Practices for Grid Codes for Renewable Energy Generators by Greening the Grid.

Because existing standards are carefully thought through with extensive input from industry stakeholders, it is often easier to adopt them than to create new ones. Watch Excerpt: 48:55- 51:26 of Best Practices for Grid Codes for Renewable Energy Generators by Greening the Grid. 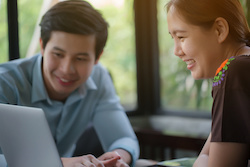 Need to find out more details on grid requirements for DERs?You may want to talk to an expert. We can connect you.

As DER adoption accelerates, having effective review processes in place is critical to ensure that utilities are not overwhelmed and that DER customers do not face excessive delays, especially if their interconnecting systems are unlikely to cause issues. There are several tools and processes that can help more efficiently process growing numbers of applications.