All around the world, the installed capacity and production of renewable energy has increased significantly over the past decade. This is because of rapidly declining technology costs, growing economies of scale, and smart policy, among other factors.

First, Look At This

With declining costs and expanding support from policymakers, capacity of solar and wind power has increased significantly. 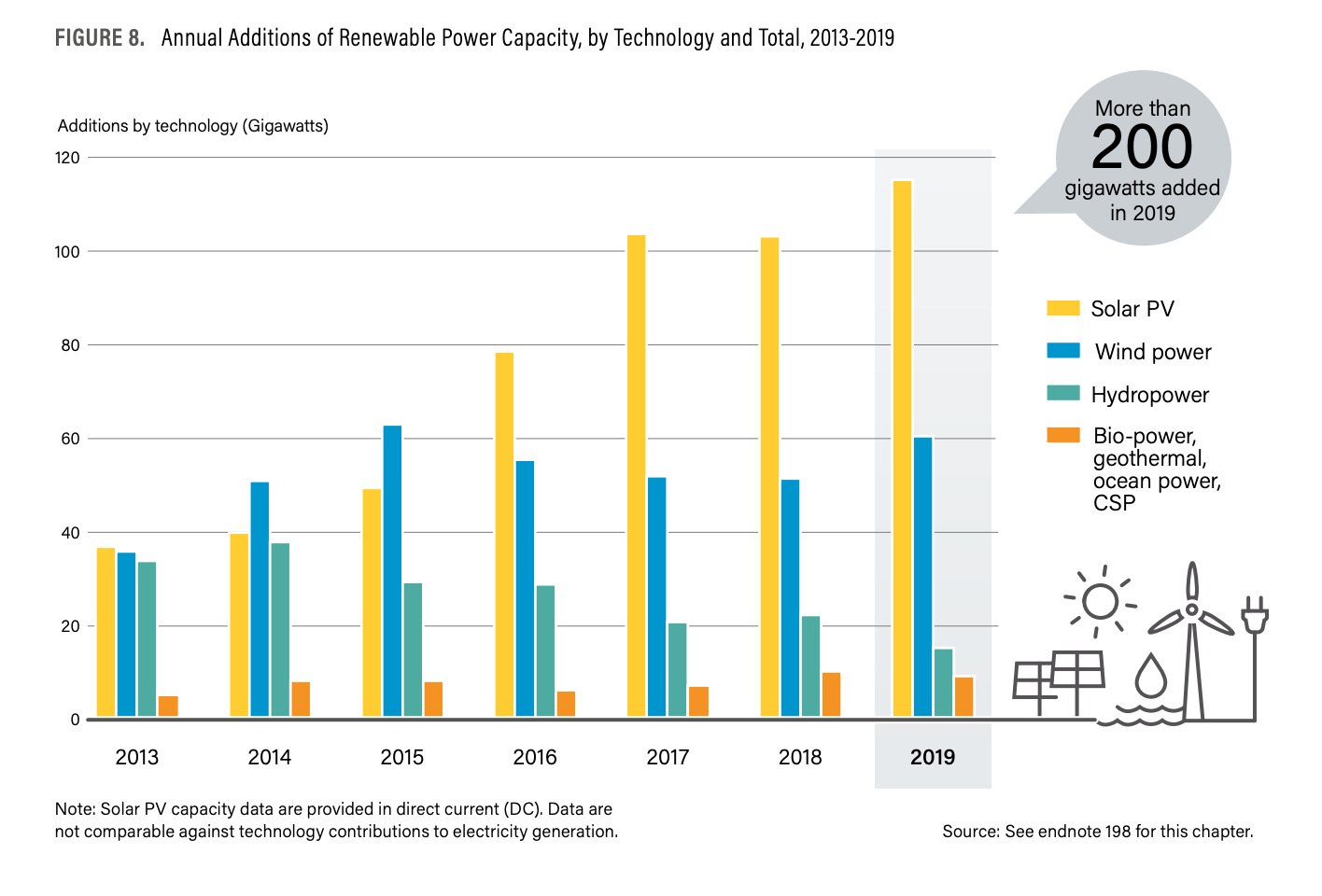 Technological, production process, and supply chain improvements – along with a growing community of experienced clean power developers and investors – are contributing to making renewable power generation much cheaper.

Electricity costs from renewables have fallen sharply over the past decade, driven by improving technologies, economies of scale, increasingly competitive supply chains and growing developer experience. As a result, renewable power generation technologies have become the least-cost option for new capacity in almost all parts of the world. This new reality has been increasingly reflected in deployment, with 2019 seeing renewables account for 72% of all new capacity additions worldwide. 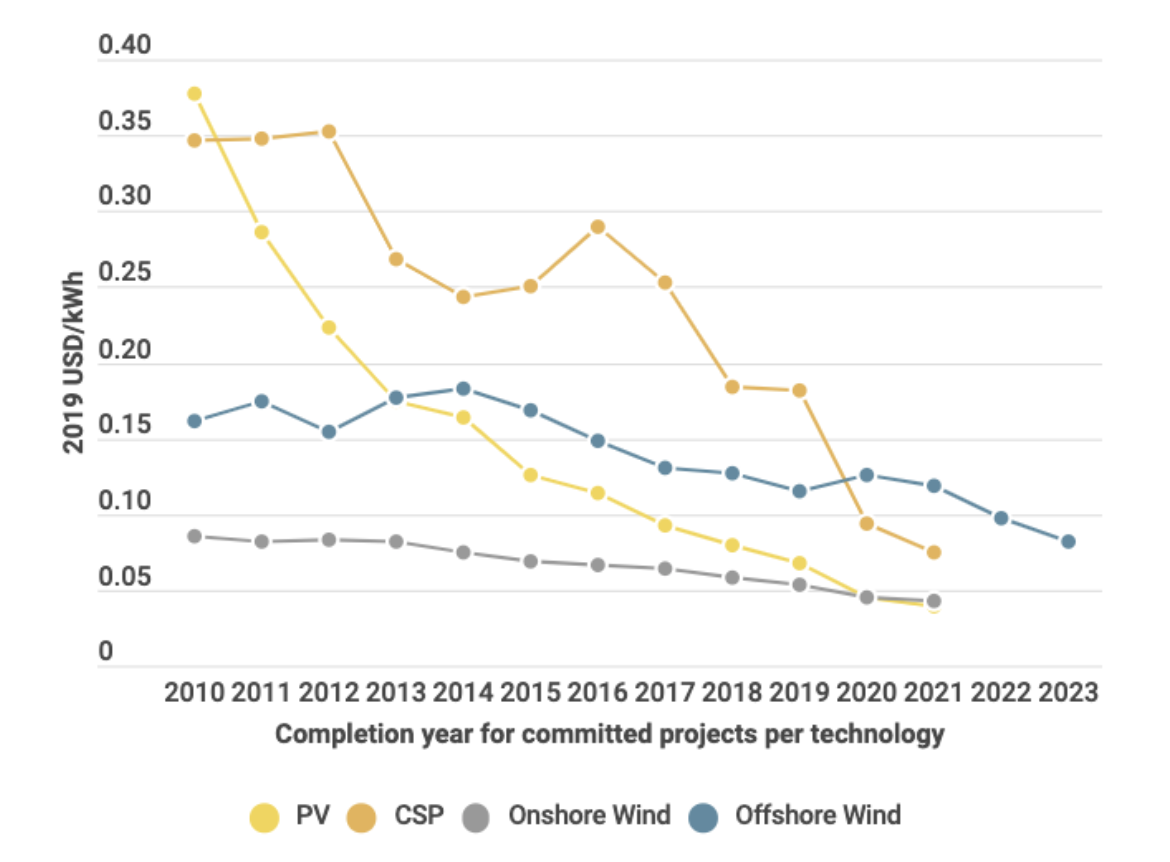 See: Image from How Falling Costs Make Renewables a Cost-Effective Investment by IRENA.

Renewable power generation is increasingly cost-competitive with other fuel sources.

There are a variety of proven and cost-effective policies to help achieve policy goals and increase the deployment of clean power.